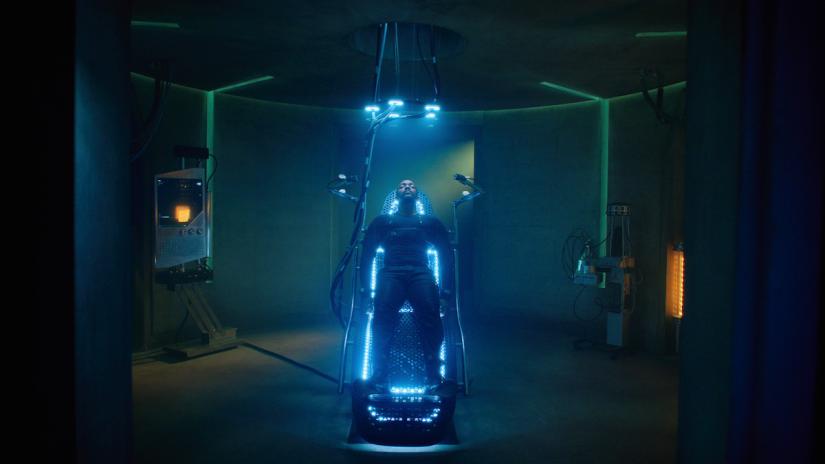 The Altered Carbon season 2 could not make a good impact in the first two episodes of it but they have made a fresh comeback in the third episode with nicely presented storyline without any cluttering. The first two episodes where are complete narrative dump but in the third one day have done a great job by digging into the history about Takeshi  Kovacs and also giving a clear idea about the whole season of Altered Carbon. You can easily start watching the whole season in the third episode by ignoring the first two chapters because they really have nothing to anticipate.

The third episode of Altered Carbon season 2 starts with a very tense situation between the three leads, Kovacs, Harlan and Carrera. According to the soldier, Kovacs is a Rebel but Harlan things that Kovacs is a lone wolf and works alone. She suggested that the futuristic device for torturing, The Circle can be used against him where you will have a vague vision from his future and will have a limbo for the rest of his life. Actually, they want to extract some important information by this device from Kovacs. Finally, the assassin is also captured and Harlan wants that Carrera should be off to her world but it is not very easy. She wants to announce publicly that the killer of the total members is on the verge of death right now in this episode of Altered Carbon.

Poe gets a completely new alliance after hearing the news. He panics by the news and starts to tap a very interesting artificial intelligence interface where the networks coincide with each other. There he meets Dina Shihabi who has a name, Dig 301 and they started working jointly. In this particular episode of Altered Carbon, Rei also returns and all the fans of this series can see the visceral energy of Rei in Altered Carbon season 2. She also has a vision of the sister of Tak and guest that something is really wrong about Quell. On the other hand, Carrera continues to torture Tak buy extra dose of juice to get important information out of his brain. They think that they will be able to find out familiar faces in his brain by inducing this technology.

In Altered Carbon season 2, the best plot twist was that Carrera is a Jaegar i.e a former officer of CTAC also has a very violent history involving Kovacs. He actually trained Tak but later on betrayed him also. There is a lot of question regarding this season of Altered Carbon. The plot is getting interesting day by day and that is why the people are liking the show even more. The people of the crew already compensated the negative impact of the first two episodes in the 3rd episode and most probably it will continue to charm the people by the excessive level of Intelligence used in curating each episode as well as the storyline of it.