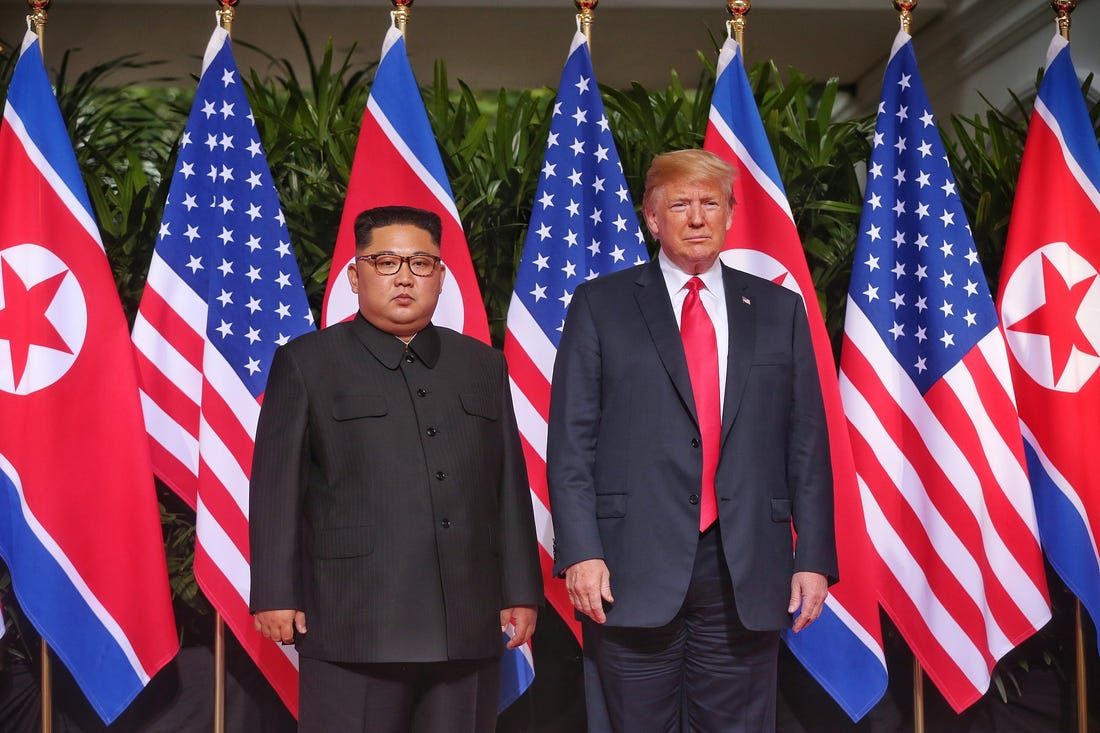 Seoul (South Korea): North Korea has once again stated that it has no intention of starting talks with the US just before the visit of US Secretary of State Stephen Beagan to South Korea to discuss nuclear diplomacy stalled. In a statement released through North Korea’s official Korean Central News Agency (KCNA), senior Foreign Ministry official Kwon Jong Geun has rejected South Korea’s absurd demand to initiate talks between the US and their country and that too When he has lost his relevance as an arbitrator.

In its meeting with officials in South Korea and Japan this week, the US State Department said that Began would discuss allied cooperation on a range of issues, including North Korea’s last, fully certified nuclear disarmament.

Trump and North Korea’s leader Kim Jong Un have met three times since launching high-level nuclear diplomacy in 2018 but negotiations have weakened since the second summit in Vietnam in February last year where the US reduced nuclear capacity Instead, North Korea’s demand for a major relaxation in sanctions was rejected.

Amid stalled negotiations, North Korea has repeatedly said in recent months that it will not hold high-profile meetings with Trump until it finds something concrete in return. North Korea is also under pressure on South Korea and has ceased all cooperation with it and demolished the Inter-Korean Liaison Office within its border last month. “I am clearly saying once again that we have no intention of sitting face to face with America,” Kwon said in a statement.