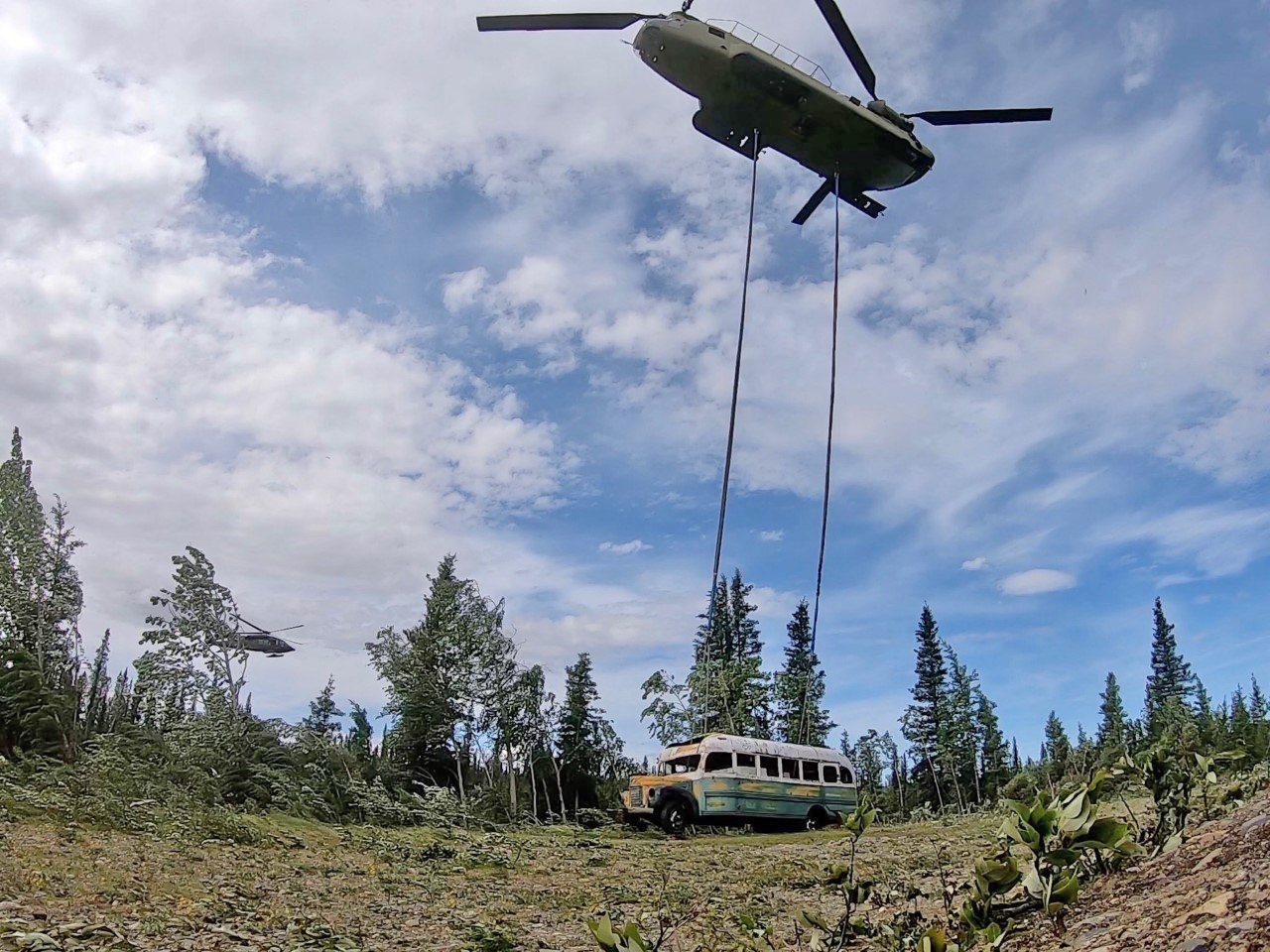 US Update: National Guard Airlifts “Into The Wild” Bus From Alaska Trail Over Safety Concerns

An Abandoned bus in the Alaska backcountry, popularized by the book “into the wild” and movie of the same, was removed Thursday, state officials said. The decision prioritizes public safety, Alaska natural resources commissioner Corri Feige said.

The bus has long attracted adventures to an area without cellphone service and marked by unpredictable weather and at-times swollen rivers. some have had to be rescued or have died. Christopher McCandless, the subject of the book and movie,  died there in 1992.

The rescue earlier this year of five Italian tourists and death last year of a woman from Belarus intensified calls from local officials from the bus, about 25 miles from the Parks Highway, to be removed.

The Alaska army national guard moved the bus as part of a training mission” at no cost to the state, “Feige said.

The Alaska national guard, in a realize, said the bus was removed using a heavy-lift helicopter. the crew insured the safety of a suitcase with sentimental value to the McCandless family, the realized state. it doesn’t describe that item further.

Feige, in a. realize, said the bus will be kept in a secure location while her department weight various option for what to do with it.

” We encourage to people enjoy Alaska’s wild areas safely, and we understand the hold this bus has had on the popular imagination, ” she said in a realize, ” However, this is an abandoned and deteriorating vehicle that was requiring dangerous and costly rescue efforts. more importantly,  it was costing some visitors to their lives.”

McCandless, a 24-year-old from Virginia, was prevented from seeking help by the swollen banks of the Teklanika River. He died of starvation in the bus in 1992, and wrote in a journal about living in the bus for 114 days, right up to his death.

The log-abandoned Fairbanks city bus became famous by the 1996 book “into the wild” by Jon Krakauer and a 2007 Sean Penn directed movie of the same name.

The department of natural resources said the 1940s-era bus has been used by a construction company to house employees during work on an access road in the area and was abandoned when the work was finished in 1961.

In March, officials in the Denali Borough Based in Healy, about 25 miles from the bus, voted unanimously to be rid of it.

More from BusinessMore posts in Business »