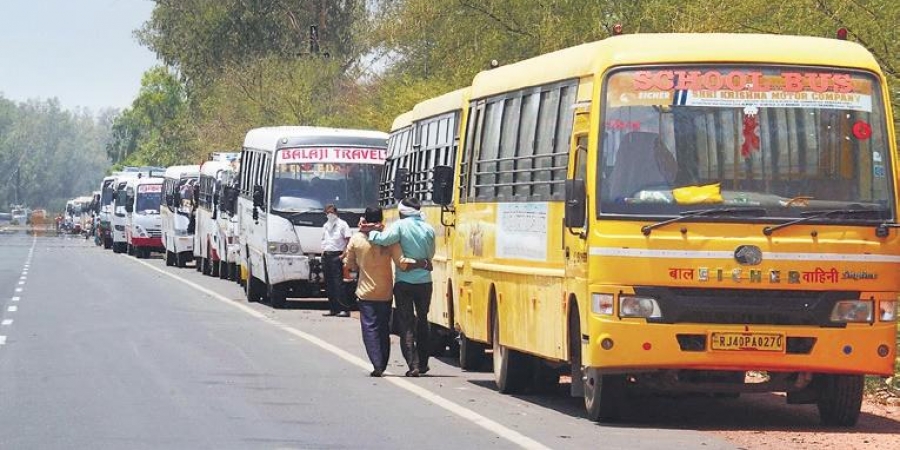 List of fake Buses of Congress and Claim by UP government

The Uttar Pradesh government on Tuesday Said the list of 1,000 buses offered by the Congress to ferry migrant workers contained registration numbers of two-wheelers and cars. Fuelling a war of word between the two sides.

Congress, however, rejected the claim, challenging Yogi Adityanath’s government to conduct a “physical verification” of the buses. According to the congress, the buses are massed at the Rajasthan, Uttar Pradesh border, awaiting permission to cross over into the states Agra District.

Uttar Pradesh Deputy Chief Minister Keshav Prasad Maurya accused the party of coming up with another scam. The Congress has got trapped in its own net of deceit and, ” he tweeted in Hindi.The row erupted on 16 May when Congress general secretary Priyanka Gandhi Vadra offered to provide 1,000 buses for migrants workers from Uttar Pradesh, stranded in other states because of the coronavirus lockdown.

The Congress initially claimed that the state’s BJP government was ignoring the offer with the chief minister Yogi Adityanath refusing even to give an appointment to a party delegation.

Even while accusing the Congress of playing politics over the plight of migrant workers. The UP government on Monday formally accepted the offer. it asked the Congress to submit a list of the buses, and it’s drivers and conductors.

In an email received by Priyanka Gandhi’s private secretary at 11:40 pm Monday, The Uttar Pradesh government asked the opposition party to send the buses to Lucknow by 10 am on Tuesday.

The two leaders along with four or five unidentified Congress workers we’re booked under section 188 and 269 of the IPS and sections 3 and 4 of the Epidemic Disease act at the Fatehpur Sikri police station. They had been detained on Tuesday evening while protesting at the Bharatpur border of Uttar Pradesh and Rajasthan after the Agra administration did not allow the buses arranged by the Congress to go to Noida and Ghaziabad for transporting stranded migrant workers home.

In the FIR, the police have charged the Congress leaders with unlawful assembly and alleged that during the protest they raised slogans and some among then did not wear masks or maintain a proper distance.